FIND OUT WHAT YOU CAN DO TO

The Practical Solution In Permanent Concrete

Give us a call or send us a message and our team will be in touch promptly to schedule a time for a free onsite estimate!

Multiple widths and heights make it easy for us to adapt to your individual needs as we solve for your personal entrance!

We utilize a turn key process. We do all the measurements, installation, removal, and disposal for your convenience!

Our custom steps are FHA Approved and not only do we guarantee your satisfaction, but we offer a 1-year re-level guarantee!

Our team is experienced in working with unique houses and buildings. The Custom Step Company process allows us to work out a solution for every entrance so that you can avoid the head-scratching that can come with building projects. Our standard sizes combine in unique ways so that when you come to us, we can get you an entrance that fits perfectly. We also build custom railings for each step application, providing safety and great curb appeal. 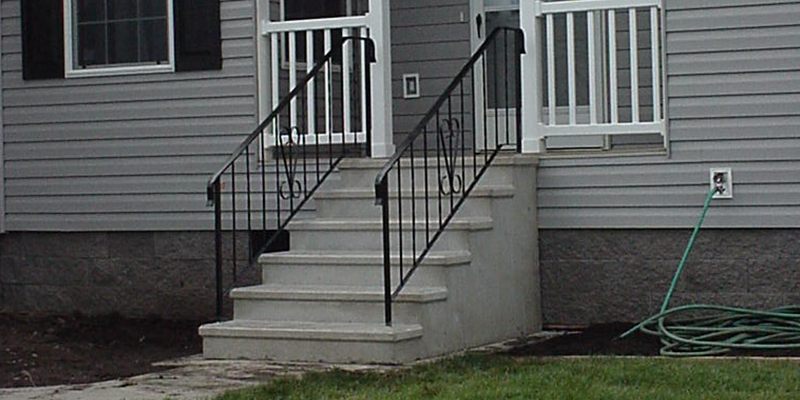 Our quality precast concrete steps can be set up to accommodate 1-7 risers to meet your needs & come with or without platforms. We offer platforms in 5 standard deck options including a “steps only” depth to lead directly to your threshold, A, B & C decks to give you options for a landing before your entrance and a 4-foot wide deck for side entrance settings! 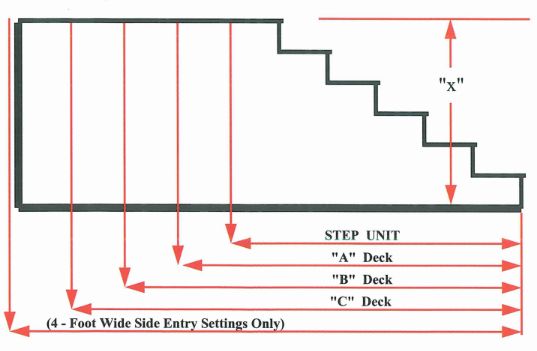 William Mario Del Zotto, born in 1901, immigrated from Italy to the U.S. during the beginning of the European Arena of World War II. He worked as a bricklayer in the coke ovens of US Steel in Duluth, MN, and helped his son William John Del Zotto get his start in the pre-cast concrete business.

Later on, William John (Bill) Del Zotto founded Del Zotto Manufacturing. Bill started out just making steps and step forms, then septic tanks and septic tank forms. From those early forms, Bill built smarter and more efficient concrete forms by making them safer and easier to strip, pour, and maintain. He invented and patented hundreds of pre-cast forms and equipment. Today, we carry on the legacy, care, and expertise built over the last 100 years to bring you the simplest and best custom steps on the market! 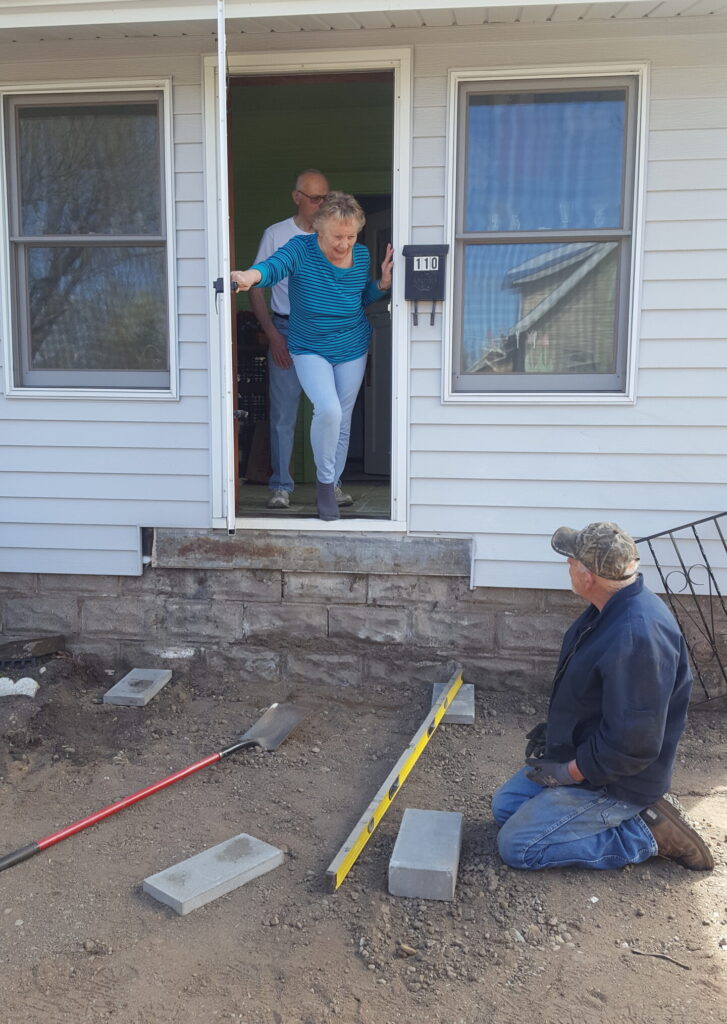 Dear Team at DelZotto,
Thank you for the concrete stairs at 3910 W 6th St. that you put in back in 2018. I just sold the house last week. I appreciate your part of the team that made that possible.

Going to be the talk of the town

Thank you for the step, it’s great. – Your service is the best, very professional and super nice!

Thank you for a job well done! The steps are perfect, and the railings are just as I had asked for. Your crew is also great, professional and precise with all they did. I am very happy! 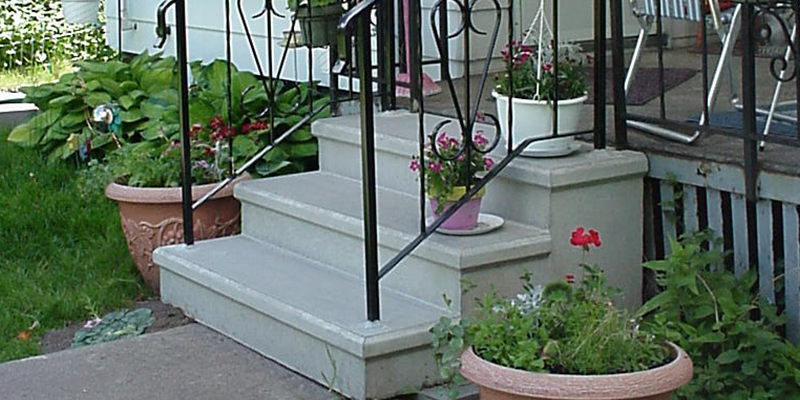 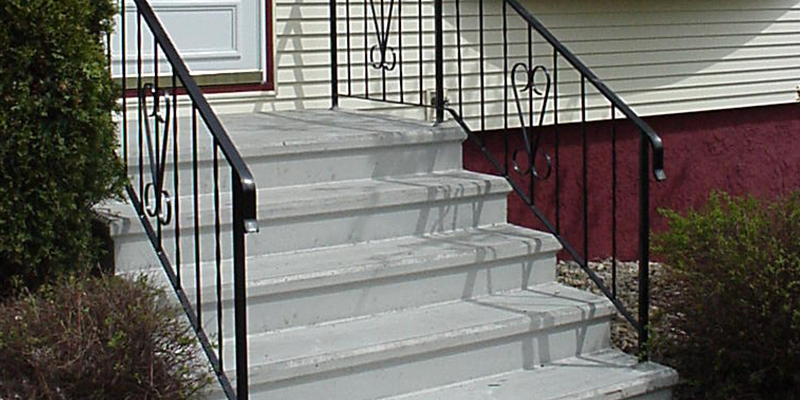 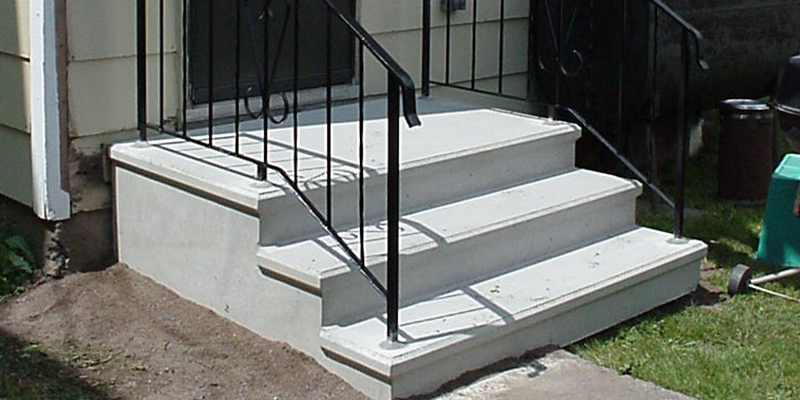 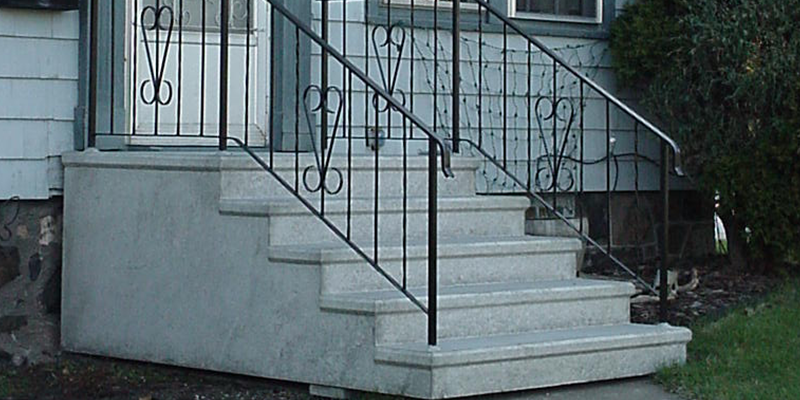 Custom Step installation is a simple matter of lowering into place & leveling a single pre-cast unit. Removal of former steps takes only minutes. Custom Steps are made of the same quality materials as America’s finest highways. Harmful ashes, chemicals & salt are the only deterrents to lifetime use. 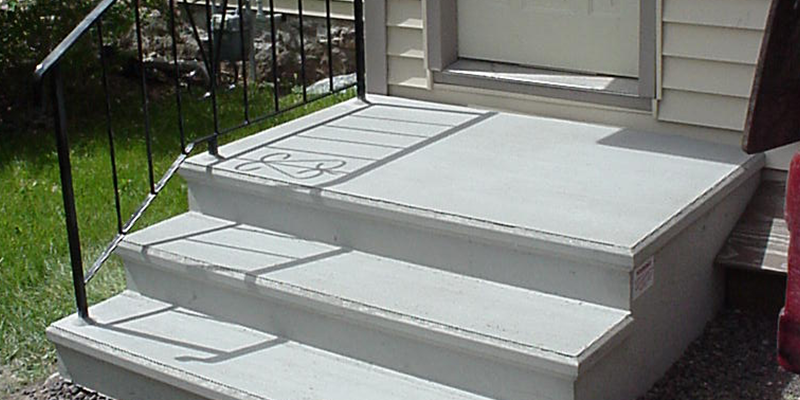 Custom Step risers are low enough for children & the elderly and tread depth is comfortable for adults. Surface features a non-slip safety finish.

We provide custom precast concrete steps for the entrance to your Minnesota or Wisconsin home or business in and around Duluth, Superior, Ashland, South Range, Aitkin, Grand Rapids, and The Iron Range.

Check out our turn key process- WE do the removal. WE do the installation. WE do the disposal. YOU can relax! Our flexibility is unmatched as we offer both custom & standard sizes.